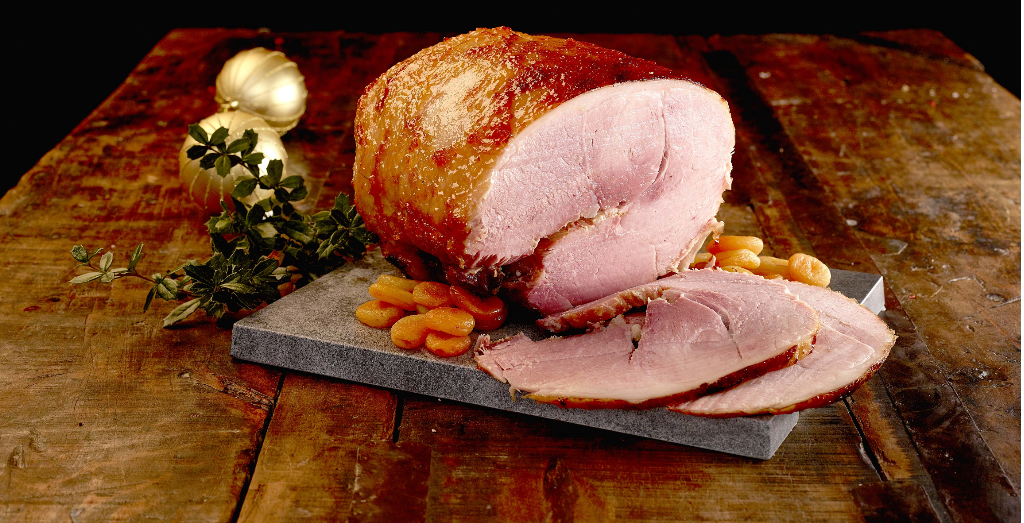 In a large pot, bring the water to a boil and skim off any impurities.

Turn off the heat and leave the ham to cool in the water.

Remove the skin from the cooked ham, leaving a good layer of fat.

Score the fat all over in a diamond shape.

In a pot, bring the maple syrup, star anise and soy sauce to a simmer.

Cook for a few minutes.

Place the ham on a roasting tray.

Bake the ham for 15 minutes in a 180°C pre-heated oven until the fat starts to crispen.

Drizzle the glaze over the ham.

Roast in the oven for an extra 30 mins, basting every 10 mins to form a light caramel crust.